Combat for Code Vein will focus on the basic combat mechanic of the game, its associated actions that you can execute. Combat in Code Vein is very similar to Dark Souls or Bloodborne, in that players have a Stamina bar which is used to attack, dodge and block. Different weapons have different attack patterns and moves that separate them from each other. Players can stagger and interrupt enemies with repeated damage and can be staggered themselves.

Players can utilize a form of Magic called "Gifts" that allow them to deal damage or buff themselves in different ways. Players have a gauge that fills up (called Stock) as they strike enemies replenishing their charges that are then used to cast said Gifts. Different Gifts cost different amounts of Stock.

Health is the player's life that can be found on the bottom left side of the screen while the Stamina bar is positioned above the Health bar. Stamina is the energy of a character that is used to perform various actions such as attacking, blocking, executing active Gifts,  parrying, rolling, and sprinting. This makes Stamina an important aspect of combat since if the stamina has been completely depleted, your character won't be able to perform any actions until you've replenished some.  Stamina can be regenerated after a brief moment if you stop executing the following actions mentioned above - so keep an eye on your stamina. Your maximum Health scales with base Vitality and Strength stats of your Blood Code, while your maximum Stamina scales with base Fortitude and Mind (artificially increasing these stats with gifts has little effects on Health and Stamina). Each Level Up will slightly increase your character's maximum Health and Stamina.

Regeneration in Code Vein is a combat mechanic that can be used in battle or while exploring that recovers a player's HP when used. Regeneration is simply used to recover one's HP. The number of Regeneration that can be stocked and the amount of HP recovered is 3 x 350 health, but can be upgraded or increased by using various items.

In conjunction with Regeneration, players can increase the potency of Regeneration. As the game progresses, players can obtain a consumable upgrade item such as (1) Regen Extension Factor and (2) Regen Activation Factor. The Regen Extension Factor permanently increases the number of times regeneration can be used while the Regen Activation Factor permanently enhances regenerative power by 120 - so if you find or obtain these items, make use of it!

Your attacks will consist of two types: Weak Attacks and Strong Attacks. Weak attacks will allow your character to perform standard attacks in succession, allowing you to deal quick multiple damages. While the Strong Attacks are executed slower but deals more damage and has an extended reach, with regards to this, Strong Attacks can also be used to execute a Charged Attack to unleash a strong flurry of attacks. Performing a Charged Attack may be risky but can be deadly if it used correctly. Next is the Dodge/Dash Attacks which are quick follow-up attacks that are performed after doing a dodge or dash. A Backstep Attack is an attack that allows you to evade attacks backward and quickly retaliate, and finally, a Special Attack of every weapon with its own unique attack that can be unleashed.

Parrying is an important combat mechanic in the game. This can be activated with any type of weapon that is equipped, where players can execute a strong drain counter-attack if you successfully block an enemy's attack at the right time. Parrying allows you to gain ichor, increase the amount of ichor that can be stored and collect Haze if an instant-kill was done with a Parry. The character is invincible during the animation after a succesful parry.
Bosses can be parried but there will be no drain animation. They will simply receive 0 damage and are staggered out of the attack giving a short window for attacking. Ichor mechanics perform the same as normal.

There are different types of attacks that can be executed with the use of the Blood Veil. Blood Veils also modify the type of Drain Attacks a player will perform. Those types are: Ogre, Hound, Stinger and Vine. Each type is different, and this affect the way to use the charged Drain Attack in combat. Also change the parry animation and its startup, effectively modifying when the parry will occur from type to type. Ogre is the fastest to parry, followed by Hound, Stinger and Vine.

Charged Drain Attack: is a special type of attack that needs to be charged up before executing the attack. Upon landing the attack on an enemy, it replenishes your ichor and increases ichor limit temporarily allowing you to perform more active Gifts.

Stinger does a long reach piercing attack. Allowing to attack from afar.

Focus consists of a blue meter that appears on top of the player's stamina bar. Focus can be built from dodging attacks or by taking damage where once it is activated a player enters into the Focused State for a brief moment.

Once you've entered the Focused State, it briefly reduces the chances of being staggered, improves your defense, refills your stamina and allows you to execute a Launch Attack that launches an enemy in the air, giving you the opportunity to follow up with attacks, and allows the player to do an Aerial Drain Attack (which replenishes ichor and increases ichor limit temporarily). However, enemies can also enter into a Focused State which allows them to gain the same effects that you obtain - players can identify an enemy's focus state by looking at the meter indicated above their Health Bar.

Ichor is a material that is needed to execute Gifts or spells in the game. Proper utilization of ichor should be practiced since it can be easily consumed for using your Gifts, as well as the Bayonet Rifles's bullets. Replenishing ichor can be done by hitting enemies, the amount you recover depends on your drain rating. And using any kind of Drain Attack, parry or a backstab attack on an enemy, not only replenishes ichor but increases ichor limit temporarily (until you die or touch a Mistle). Gifts, on the other hand, are powerful abilities that go hand-in-hand with Ichor, these Gifts will help shape your overall playstyle. It consists of ranged skills, defensive abilities, buffs, evasion abilities, support tools, and much more. Each Gift has its unique set that can be found and unlocked in a chosen Blood Code (Class).

In conjunction with Gifts, these can be inherited to allow you to use them with every Blood Code you desire, as long as the required stats are respected. By doing this, players must gain "mastery" by killing enemies with the gifts equipped. Using them in battle is not necessary as long as they are equipped. These also apply to passive gifts.

The amount of mastery needed to inherit a gift is proportional to its unlock cost. The amount of mastery gained from killing an enemy is determinated by the enemy's level and yours; this means that if your level is higher than the enemy you kill, the amount of mastery gained is lower, it might even be 0. You can also inherit gifts at the mistle using Haze and Awakes. Once you've mastered one, you'll be given a prompt which indicates that you've mastered the gift - players can also open the Blood Code interface to view which gifts have been mastered. Notice that not every gift in the game are inheritable.

Mistles in Code Vein is categorized as the game's checkpoint. Activating a mistle allows not only allows players to save their progress but it also maps the area of a location, provides the option of character management such as leveling up, inheriting Gifts, fast travel, and item management. Apart from that, resting at a Mistle fully regenerates health, restores the amount of Regeneration, resets the player's Ichor capacity, and spawns all killed enemies in the area. 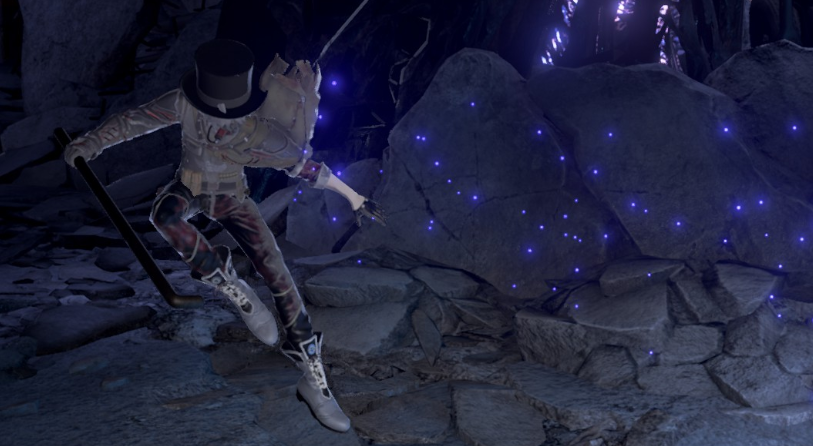 Your character's Mobility determines the type of dodge he can execute and it's affected by the Base Mobility and Carry weight of your Blood Code and the total weight of your Blood Veil and equipped Weapon. There are three types of Mobility (Quick, Normal and Slow) distinguished by different dodge animations and invincibility frames.