NPCs in Code Vein are distinguished between those that may accompany the player character in their adventures (Companions), Merchants such as the Blacksmith, and other quest-related non-playable characters. Please see Enemies and Bosses for hostile personas.

The victim of an experiment, Emily belongs to a private military facility with Yakumo. Overcoming adversity has brought them together as a family, so now Yakumo searches for her since their separation due to the Great Collapse.

A vampire who wanders with his elder sister Mia. Loves his sister very much, and will confront any who challenge him with determination

Karen is one of the researchers who worked on the Q.U.E.E.N. Karen is also Louis’ older sister. She died during Q.U.E.E.N.’s rampage, but was immediately revived as a Revenant. She also participates in Operation Queenslayer, serves as a protective observer of Revenants returning to death, and supports their fight

Specializes in trading with guilds and obtaining supplies. If you have the money, she will have even the most valuable items. Although a savvy businesswoman, she cannot but help those in need.

A vampire whose main role is to procure and improve weapons. Once known as a great warrior with excellent skills, but a traumatic event has rendered her unable to fight.

A vampire researcher hired to conduct experiments during the war, who have even experimented on himself and thus ended in this form.

One of Cerberus' security, travels alongside Louis. He is slowly but surely losing his memories.

Once a vampire soldier, now commander of the operation to save humanity

The girl that became the test subject of the Q.U.E.E.N. Project. She was a schoolmate of Louis and is Gregorio Silva’s daughter. She withstood painful experiments in hopes of saving mankind but became a destruction incarnate under the pressure of an unsuccessful experiment 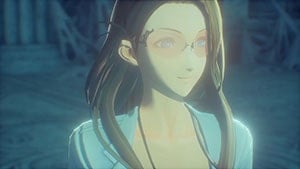 Aurora is one of the head researchers who worked on the Q.U.E.E.N project. Although she opposed the idea of creating successors that would seal the different parts of the Queen, she, later on, became a successor in order to save the world from destruction 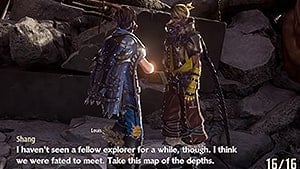 A revenant and merchant found at the Outer Crossroads of the Ruined City Underground. He is fond of collecting valuables and offers a trade to those he encounters. 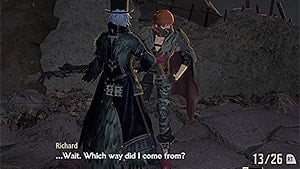 Richard is a revenant encountered at the Hills of Deception of the Howling Pit. Unaware of the danger he puts himself in, he still wanders in different locations where trouble follows him. 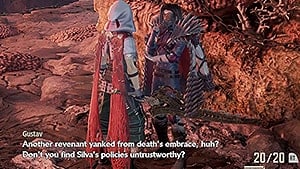 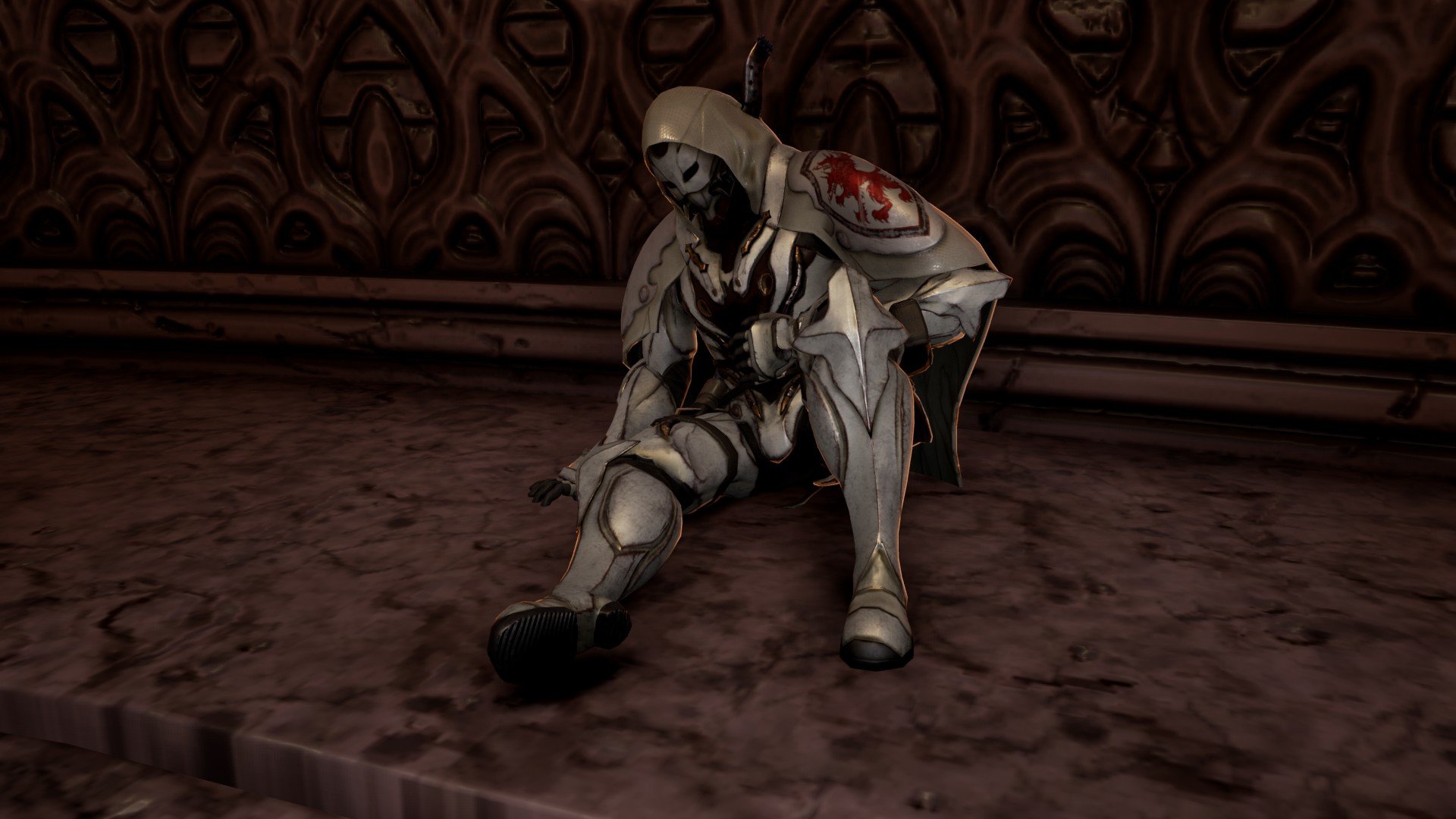 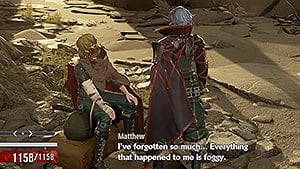 Matthew is first encountered at the City Ruins Entrance of the Ruined City Center. Although he is an inexperienced fighter, he is a brave wandering revenant who is curious to find what lies ahead. 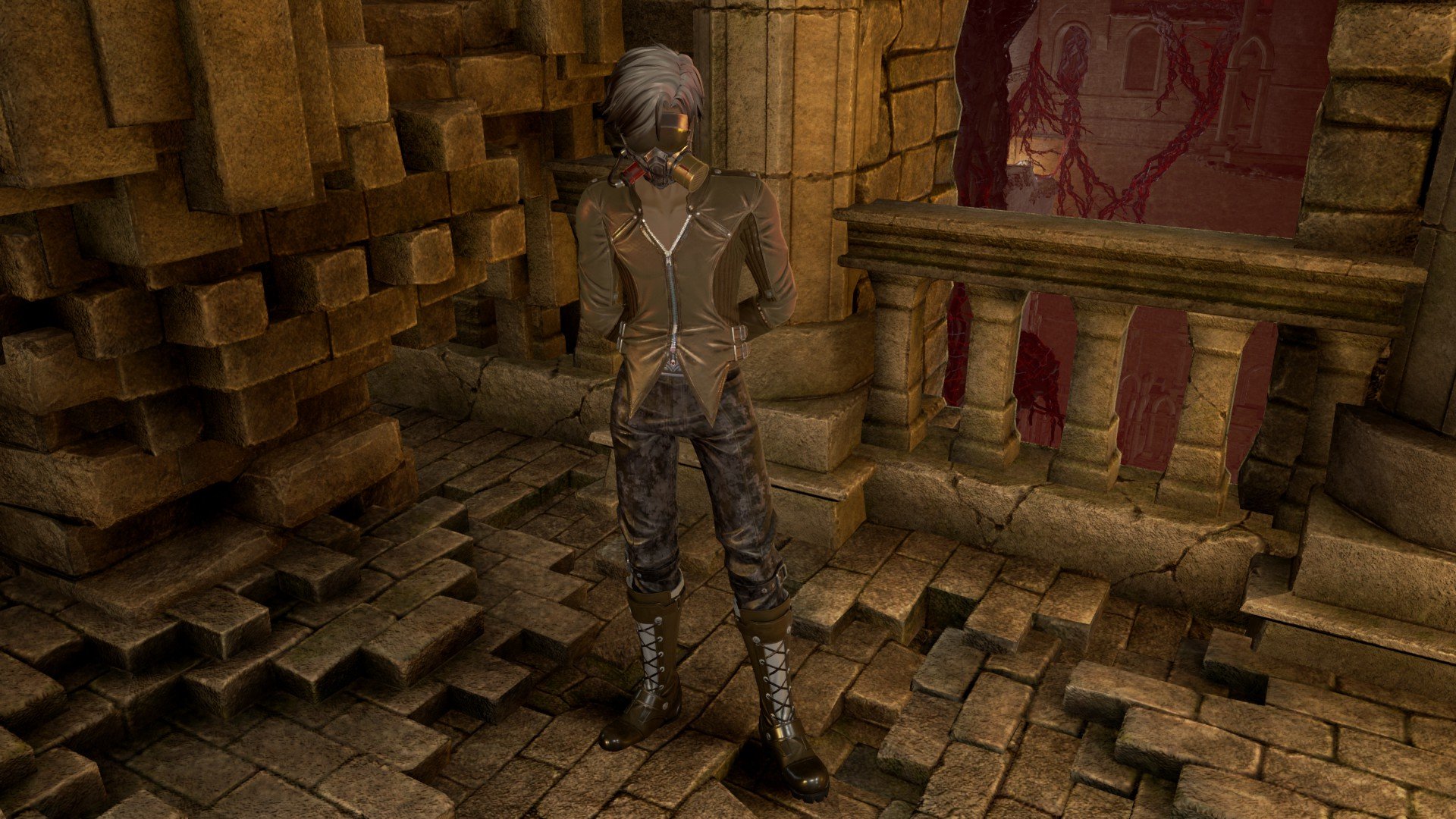 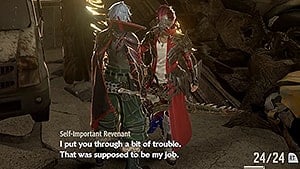 This Self-Important Revenant is encountered at the Parking Garage of the Ruined City Center. Although he may seem tough on the outside, this revenant only wishes to find a shelter for the rest of the surviving revenants.

A revenant who is keen on finding his friends

Sophie can be found at the Crypt of the Ribcage of the Cathedral of the Sacred Blood. She is a revenant who is keen on researching the powers of the successors. One day, she wishes to better understand it and hopefully, to share it with her fellow revenants.

Companions are a special NPC type in Code Vein, that joins the player and forms a party to adventure out in the field. Companions can be recruited as the game progresses, and only one of them may be active at a time. Companions are optional but helpful in a battle as they are capable of flanking your enemies and taking on a support role by healing and buffing your character as well as enabling a special duo Hemorrhage ability that you can perform together.

Your companion can also be your blood bag, meaning you can suck up their blood for yourself should you need to. They are also at risk of being incapacitated in battle and would have to be revived at a checkpoint. Though your companion can’t be controlled directly, a set of predetermined orders can be given such as: Guard and Retreat commands. You cannot customize the weapons of Companions, they all have a unique specialization and associated strengths and weaknesses.