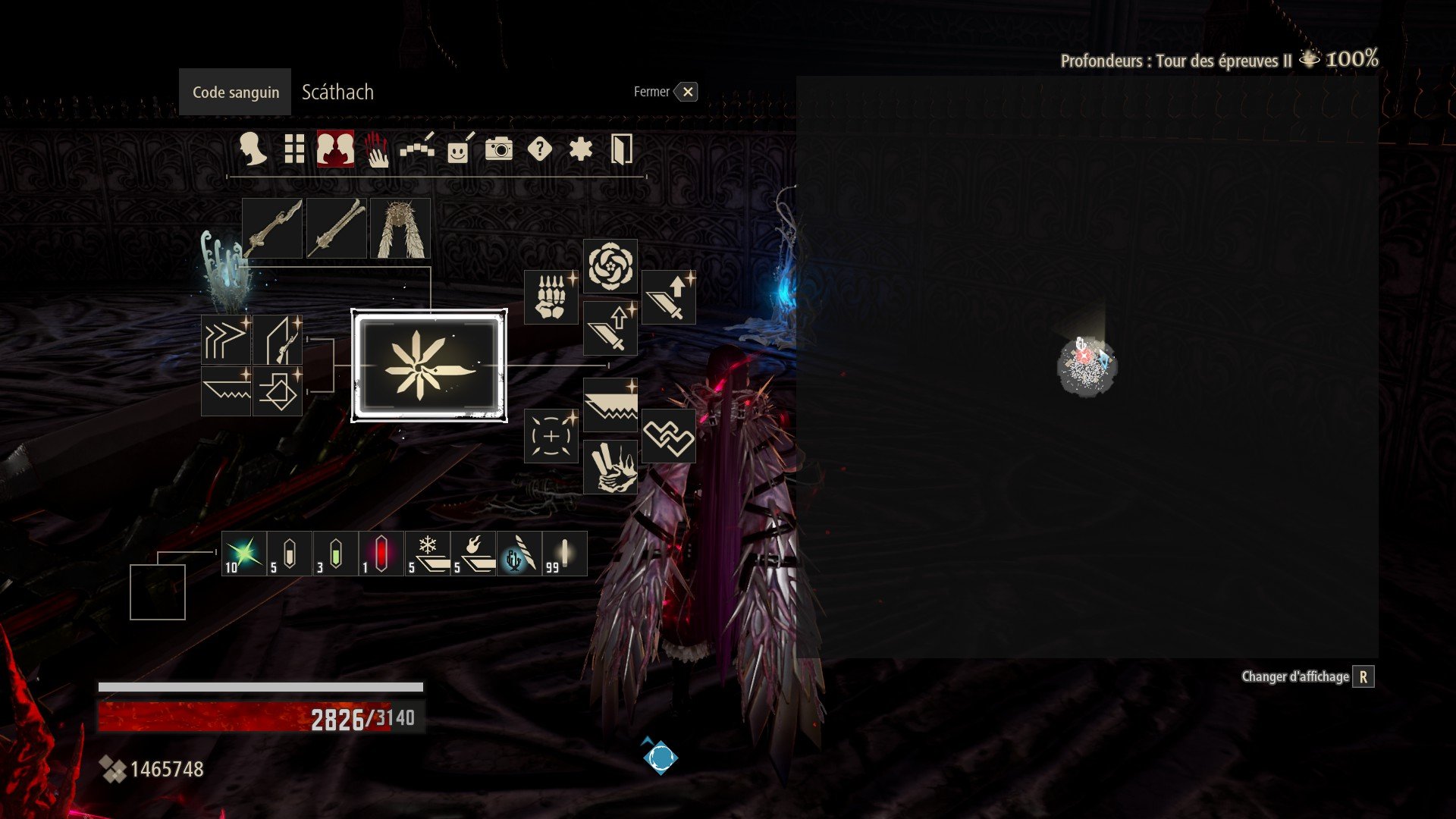 -First of all the Gift from Scathash that i use can be replaced by what you like , Its a build i ve done to have fun in the Tower but pretty hard to use due to the lengh of the Flamethrow ability.

-Second , i ve done it before having all the gifts from the DLC

-Third , thats a Flame build , so dont expect to do great again enemies or bosses ressistant to it.

-Fourth , This build is based and the Charged Ability of the Canonneer gun who do a Flamethrow like stricke that cost 5 Ichor and last for 2 sec aprox

All the gifts whe aren't from Scathash code are here for good reasoms. All the vampiric stuffs are here for obvious Ichor generation purpose. The TRG+WILL passiv is needed or you cant equip the FlameThrower. And the two passiv left are for DMG buffs (the most optimal i ve found to be because the FlameThrower is a bit different from the other bayonets)

For the Activ ones . all add damages to the FlameThrow ability of the Rifle exepte the "leftspace" of the Scathash gift i ve left on the image , can be replace by everything you like , maybe the gift that increase you're mobility for more damage increase from the Passiv.

Well , the Build is based on it so the cannoneer gun or the Flamethrower (depend of how you call it). A Wolf sword , for her good Ichor regen stats and fast cuts compare to other swords , really ins't essential to the build. Finally , the Spine Veil , for the "Normal" mobility and the good gifts stats outputs , i recomment to put "Intensification" on it to increase the Scale on it.

Scathash code , for the Good Willpower and Dexterity stats and the carry weight .

The flamethrower is one of the Strangest bayonet of the game it use the STR , DEX and WILL stat for all damages , thats means the Charge strikes too . But WILL is the one i ve maxed for all the "Dark" buff gifts i ve added + Based DEX gunner builds are a bit random (actually testing one and for no reasom ,on same enemies my shot goes to 300 damages to 5 000 with the same "situation settings")

Even if its fun , this build is pretty useless for exploration and small enemies , just wasting too much ichor on one or two enemies that dont have enough HP to handle half of the Flamethrow or just get hit trying it. So Left to the Bosses . Useless against the Successor of the Claw , Cannoneer and the Hellfire Knight. Its god deamn fun against the Successor of the Ribcage and the Successor of the Breath. So in order to do it , Wait the best oportunity to release the Throw , cause with the gift you re using 8 ichor per throw and thats pretty costfull. And when you re starting to run low on ichore , Change weapon and regen with the sword. Few hits are enough.

PS: I really had fun with this build , even if it isn't really optimised compare to some other build i ve made. I warn you , its pretty hard to use the complet Throw without taking a hit.