Area J-11 Gaol of the Stagnant Blood is a Location in Code Vein. The final location, a throne room where the commander Gregorio Silva turned Skull King rests. 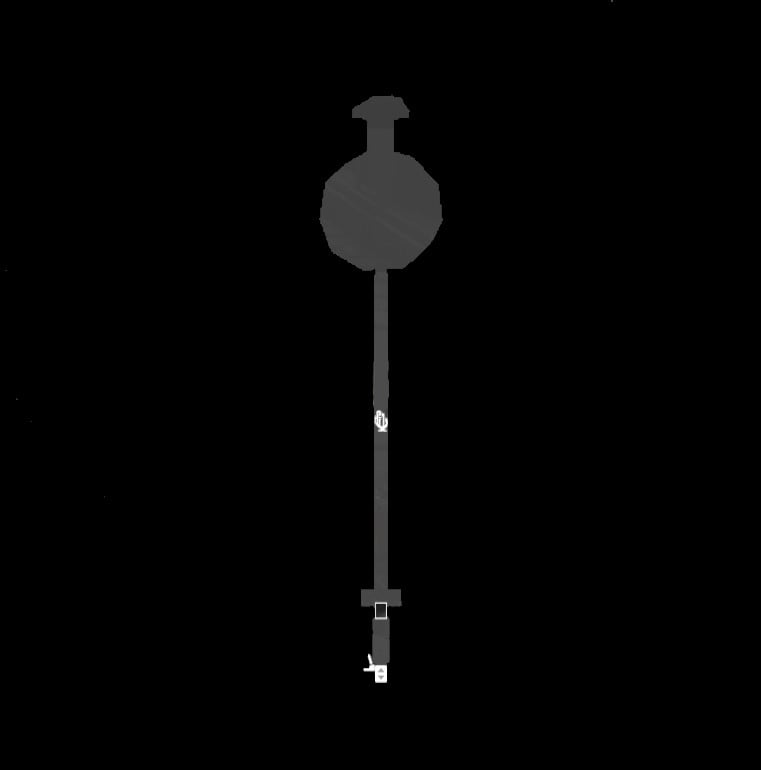 The party arrives at the final crypt of Cruz Silva and Gregorio Silva hoping to stop the destruction of the world humans and revenants live in.

Gaol of the Stagnant Blood

The journey continues as you reach the final crypt and location of the game. You'll reach this area from the Provisional Government Center once you ride the lift down - you'll find the Gaol of the Stagnant Blood Mistle ahead before approaching the throne room, so make further preparations before facing the final boss.

Upon approaching the throne room, a short cutscene will trigger and the battle against the Skull King will follow after.

This boss wields two heavy swords and has the hounds Blood Veil equipped. Most of his attacks have tremendous reach and allows him to dash, leap forward. He also has a combo where he'll start off with a double strike from his blood veil then follows up with a slash using his swords. Another attack that he does with his blood veil is a fast charge attack, he'll telegraph this attack by charging (similar to when you charge a blood veil attack) and unleashing the hounds then dashes forward.

For the second phase, he'll start to charge and gather energy that knocks back and damages you if you're close. He'll gain an additional attack where he brings his forward behind him and unleashes either a single or double swing that deals a huge amount of damage and knocks you back as well. He also gains a projectile attack where his swings will emit the projectiles if you're far away from him, other than that he'll have a follow-up attack for the rest of his attacks and will be much quicker - once you've dealt enough damage, you'll be able to stagger him before he recovers and charges up for phase three.

Phase three, he'll gain an additional attack. He'll be able to slash forward then jump in the air, and then slams his sword on the ground which bursts a straight beam. He'll also be able to execute a four-combo attack where he swings his sword one at a time and ends the fourth attack by slamming both swords on the ground - again, he'll be staggered once he's at 50% health and charges up for the fourth phase once he recovers.

For phase four, all of his attacks from the sword will emit a wave of energy which greatly extends the reach of his attacks. You'll only need to land a couple of attacks before he's staggered and falls down onto his knees - keep repeating this process and he'll get staggered for the 2nd time before he charges up for the final phase.

Next, the last phase, on top of his sword attacks which emit a wave of energy. The potency of that energy coming from his swords is strengthened which explodes after a brief period. Also, he'll be able to charge an attack from his swords which allows him to massively release a double energized slash, he usually telegraphs this attack by bringing his sword behind him and a red wave of energy forms at the tip of his swords like a polearm - you can evade this attack by dodging forward at the right time - successfully defeating the boss rewards you with 182,000 Haze, the Argent Wolf King's Blade, and unlocks the Skull King Trophy/Achievement.

A cutscene will then follow before facing the final boss, The Virgin Born.

After the cutscene, the battle against The Virgin Born will start. Take note that your regenerative items and Ichor is not replenished, and whatever amount of health, items, and ichor you left off with after the battle with the Skull King will be carried over to this battle. For this boss, it's attack mostly leaps from the air and swigs its arm once or twice upon landing on the ground. It also telegraphs an attack where it releases purple energy around it that deals damage if you are caught within its range. It's swinging attack also staggers you if you are hit - the good news is if you die, you'll respawn at the nearby Mistle and you won't need to face the Skull King, but instead, you'll find The Virgin Born at the arena.

Occasionally, it will also shoot out a fast projectile if you're far away. Once the boss reaches near 50% health, it will start to charge up for phase two. It starts off with a frenzy-type attack where it flies up into the air and shoots multiple projectile spears on your location, this can be avoided if you dodge and go underneath it, but try to move away before she drops to avoid getting hit by the impact. She also gains an additional projectile attack where it shoots out a large beam in a straight line then moves it to both sides.

Phase three beings when it's health reaches 50%. It gains an additional attack where it summons a black hole on the arena that pulls you towards it, once you're caught it will follow up with an attack. It will also frequently fly up into the air and shoot out multiple spear projectiles at you - successfully killing the boss rewards you with 182,000 Haze.

A cutscene will then follow after the battle which leads to (hopefully) the true ending of the game.

If you've achieved the Dweller in the Dark ending, you'll find the whole party back at Home Base except for Io. Speak to everyone and approach the notice board to find the next task which is to distribute the blood beads to the surviving revenants. When you're ready, head outside through the door at the training area, stepping out to the red mist won't allow you to return back - a custcene then follows which leads to the ending of the game. Congratulations! You've completed your first playthrough and you can replay the game with New Game + with a new blood code, Queen and Hades.

Code Vein has three Endings that can be unlocked: Heirs, To Eternity, and Dweller in the Dark.

Heirs is considered as a bad ending. To achieve this, for each successor you defeat, leave them, do not restore their memory. and walk out of the door. After the battle with the Skull King, your revenant absorbs all the relics that causes you to turn into the new "Queen", Louis stabs you in the back to prevent another Queen from wreaking havoc. Mia , Yakumo, and Jack, on the other hand, take on the relics of their respective loved ones and Louis takes on the remainder and proceeds to stay in the Gaol for eternity. Io turns to ash while sitting at the first blood spring where she met you.

To Eternity is the neutral ending of the game. To obtain this ending, save at least two successors by restoring all their vestiges before fighting them, then restoring their memory after the battle. An example is when you face the Successor of the Throat, before facing her, you'll need to restore all the Harmonia vestiges in order to unlock the option to restore Eva 's memory. For this ending, after the battle with The Virgin Born, your revenant absorbs all of the relics and remains in the Gaol while in eternal rest. Io stays by your side before turning to stone.

Dweller in the Dark

Dweller in the Dark is the true ending of the game. In order to achieve this ending, you'll need to save all four successors by restoring their memories after each battle against the successor. By doing that, you'll have to find their respective vestiges and repairing them before heading into the boss fight. Second, is to find all Eos vestiges and to restore it for Io, you'll find an Eos vestige outside of the crypt for each Successor after their battle, while the remaining are found in Provisional Government Center. Be sure you've restored the Eos vestiges before facing the Skull King and The Virgin Born. For this ending, after the battle with The Virgin Born, Io absorbs all the relics and creates a new source of the bloodsprings. While the successors, Aurora , Nicola , Emily, and Karen return to their revenant states.